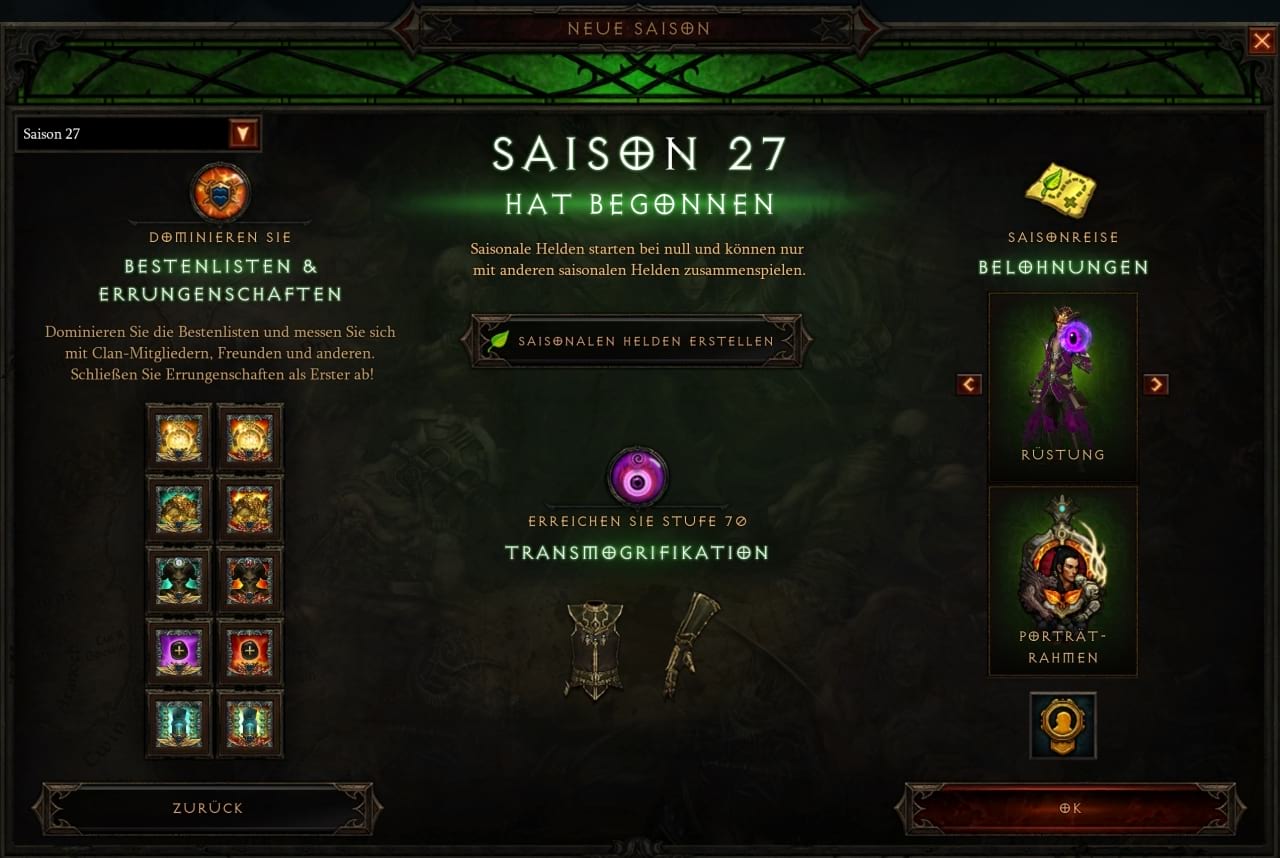 Please note that this is a preview for PTR content, which is subject to change.

We’ll be conducting the Patch 2.7.4 PTR starting Tuesday, July 12. During this time there may be periodic maintenances, outages, hotfixes, or minor patches.

As with our previous PTRs, this testing period is short, so it's best to hit the ground running. Whether you’re a PTR veteran or newcomer, we thought we’d pass along a few tips to get you started.

Season 27 introduces a new type of consumable item called Angelic Crucibles. Once uncovered by Nephalem, these heavenly artifacts can be used to Sanctify any equippable Legendary item. Sanctifying an item reforges it to have perfect Ancient-level stats on all affixes while also preserving the item's Legendary Power. In addition, this process adds one of three new powers unique to each class.

Developer's Note: With Echoing Nightmares transitioning from a Seasonal theme to a permanent feature moving forward, we felt it was necessary to dial back the Experience rewards to avoid players feeling obligated to maximize their time spent inside the activity. Our vision for Echoing Nightmares is to be a fun bonus activity, like the Vault, that serves as a good source of loot and Augment materials. We've also made several changes to Adventure mode and difficulty unlocks—these will align the Diablo III experience across all platforms for new players and should make it easier to jump into your preferred activity. Lastly, we improved the Uber Boss flow so that players and groups can kill multiple rounds of bosses without having to remake games.

Developer's Note: We've heard from players that the Crafted 3-piece sets have had some of the most significant impacts on itemization, so we're introducing another to add more choice.

Developer's Note: Our goal with the Armor of Akkhan rework is to narrow the focus of the set to give a distinctive identify, highlighting a fantasy where the Crusader is the Knight-Commander, passing judgment on the enemies of the Light.

Developer's Note: We wanted to recapture the Blood Necromancer fantasy of Trag'Oul's Avatar and increase its effectiveness against single targets.

Developer's Note: Delsere's Magnum Opus has been feeling weak, clunky and isn't meeting the desired gameplay flow, so we've streamlined the playstyle to make it more engaging, allowing Wizards to feel like masters of time. The core of Tal Rasha's Elements has changed over time, so we're revisiting it to reintroduce a playstyle that utilizes Meteor.

Developer's Note: Inna's Mantra Monks have been riding high on the waves of success for several seasons, so it's time to bring in the nerf shark.